When I joined EXIT, I said I would never ever door knock, but I participated in the Field Day training with EXIT Realty MIND-SET Trainer, Erica Nasby. I was not afraid to talk to people about real estate; my issue came from a traumatic life-altering situation I had come through and knocking on the random doors of strangers was more than I could handle.

Shortly after I joined EXIT, I moved to a small community and I felt safe there so I quietly but still nervously door knocked. Nobody would believe that someone like me who could sing in front of thousands of people would be afraid to knock on doors, but I was. Our office has a weekly door knocking award and while others were winning it, I was quietly focusing on overcoming a real fear.

Then came 2020 and the world of COVID. Spring door knocking did not exist, but I started putting the word out that I would pick up groceries or whatever I could, all based on the relationships I had built by door knocking. I made 300 homemade chocolate zucchini muffins, wrapped them, and put them in door knocking bags with a note that said, “A little comfort food to comfort you while we seek to understand in a confusing time.” Here is what came of the door knocking and the baked goods, grocery delivery, and constant follow-up throughout the first lockdown of 2020 and into 2021:

2020 in that farm area: 13 listings sold, 13 buyer deals and three other area deals that were referred to me by farm area people, one of which was a 2.6 million dollar buy.

2021 in that farm area as of August 31 only: six listings sold, seven buyer deals, eight other area deals referred to me by farm area people, one of which was a 1.4 million dollar listing, and I have three current active listings in the area. Total gross commission for deals written up to August 19th exceeded the previous year’s numbers.

When things open up, I will door knock again without question. I believe if I choose a new farm area and consistently knock that area like I did this one, then I will have the same success there!

The space between stimulus and response 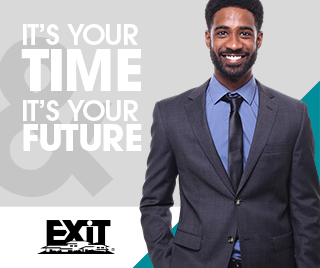