Felicia McGee, Broker Owner of EXIT Realty Downhome in Athens, AL and her team piggy-backed onto their grand opening to raise funds for the Court Appointed Special Advocates (CASA) of North Alabama. “CASA works directly with the court system in our area to ensure that children who are put into the foster care system have an advocate that sticks with them, even if their foster home changes,” explains Felicia, “CASA is the voice of the child in the court and makes sure they are happy, healthy, and cared for.”

The team at EXIT Realty Downhome contacted local businesses to obtain items for a silent auction held on October 4th. They were able to promote this initiative through social media and formal mailed invitations to the Grand Opening where the silent auction was held.

“We appreciate the funds raised for our organization. Without the support of local companies such as yours, our organization wouldn’t have the impact that we’ve been able to provide to our community,” says Kim Howell, Executive Director of CASA North Alabama.

A portion of every transaction fee received by EXIT Realty Corp. International is applied to its charitable fund. Through the Spirit of EXIT Dollar-for-Dollar Matching Program, EXIT offices and associates can raise money for local, approved, registered charities and apply to EXIT’s head office to have those funds matched from the company’s pool of funds. Felicia and her team raised $2,428.34 which EXIT’s head office was proud to match, for a total donation of $4,856.68 to CASA of North Alabama.

Iowa has some fairly harsh and snowy winters so this year the team at EXIT Realty Dubuque raised...
Read more
EXIT Realty News

Communities across the U.S. and Canada benefit from the philanthropic partnership between EXIT Realty sales professionals and the...
Read more
EXIT Realty News 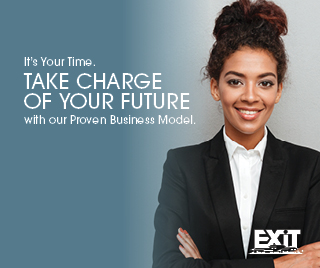